You can see some past and current projects below!

Posted July 5, 2018
We have been very busy over the last few weeks. We have a full shop and we love it being that way. So as duly ordered, here are some great build updates. 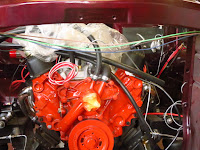 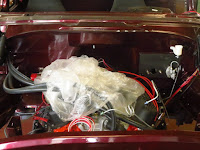 {Above} The engine is in the Dodge Pick Up now and the truck is being put back together and the wood bedliner is being installed! Good Job guys! 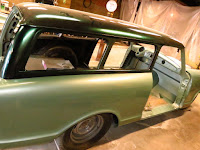 The 1960 Panel Wagon is painted and next comes interior and wiring. These guys are on a roll!

{Above Left To Right} The Corvette Stingray is complete and out the door to a happy set of customers. The 1971 Cadillac Eldorado is being disassembled and restored for a 3x's returning customer! The 1957 Chevy Bel Air is fabbed up and ready for the next stage of restoration for another great customer! 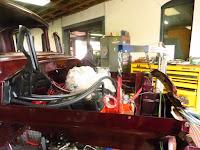 SLIDESHOWS OF OUR BUILDS

The body was in great shape when we were chosen to restore and complete it. The customer had been working on it for years and had even driven it across country. He had it customized from a four door to a two door and we are going to finish it up.

The engine and interior have been updated and redone. The guys here at the shop have fully enjoyed being able to be a part of such a custom build. From top to bottom, she has been overhauled and its coming along great.

1942 Hudson Six Series
Before & After

This has been an amazing change for this classic beauty. The before and after photos
shown below are just the begining of the restoration process for this car. The owner has
chosen to redo the color in the original forest green color, but the outcome is
absolutly phenominal. The body work has been fun and hard but the end results will be perfect.

This photo (Left) is when the 1939 Buick first came in. It was in fairly good condition for its age and we are ready to get rolling on the restoration process.

Stripping and Body Work
In order to create the perfect restore for this build, the guys must first strip and repair the body. This was a lengthy process, but all worth it in the end.

After the body was stripped, repaired and fabricated, the guys had to reassemble the bosy, do the touch ups, sand, block and prime the Buick.

The paint came out great! The 1939 Buick is glwoing with its fresh coat of original color. Inside and out, shes looking great. 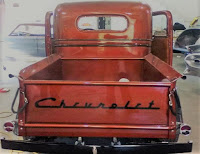 The International being prepped for body swap!

Update from the Big Boss in Osage Beach!

Do not mess with the Big Boss' Hair! 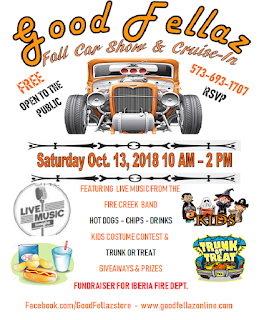